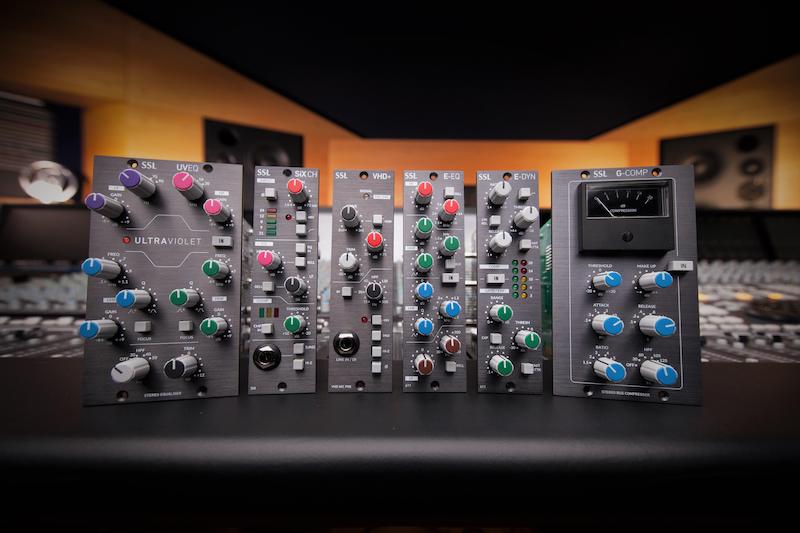 SSL‘s range of 500 series modules offer key elements of the SSL sound that engineers and producers have relied upon for decades, and with the release of two new processing tools: SiX CH and UV EQ, there’s also the next generation of advanced workflow, superior sounding and truly flexible production tools joining the range of classics from the legendary SSL E and G series consoles.

The classic Stereo Bus Compressor, which has featured on every model of SSL large format analogue console, E-Series EQ and E-Series Dynamics modules which deliver the legendary sound of the channel strip processing from SSL’s 1980’s E-Series console, and the incredibly versatile VHD Pre input module as found on SSL’s industry leading Duality Fuse console, which is capable of delivering ultra-clean recordings or a range of more saturated tonal characteristics and the LMC+ module, a new twist on the legendary SSL Listen Mic Compressor.

Contact us for more info, demo and purchase!
Available for Belgium, Netherlands and Luxembourg.