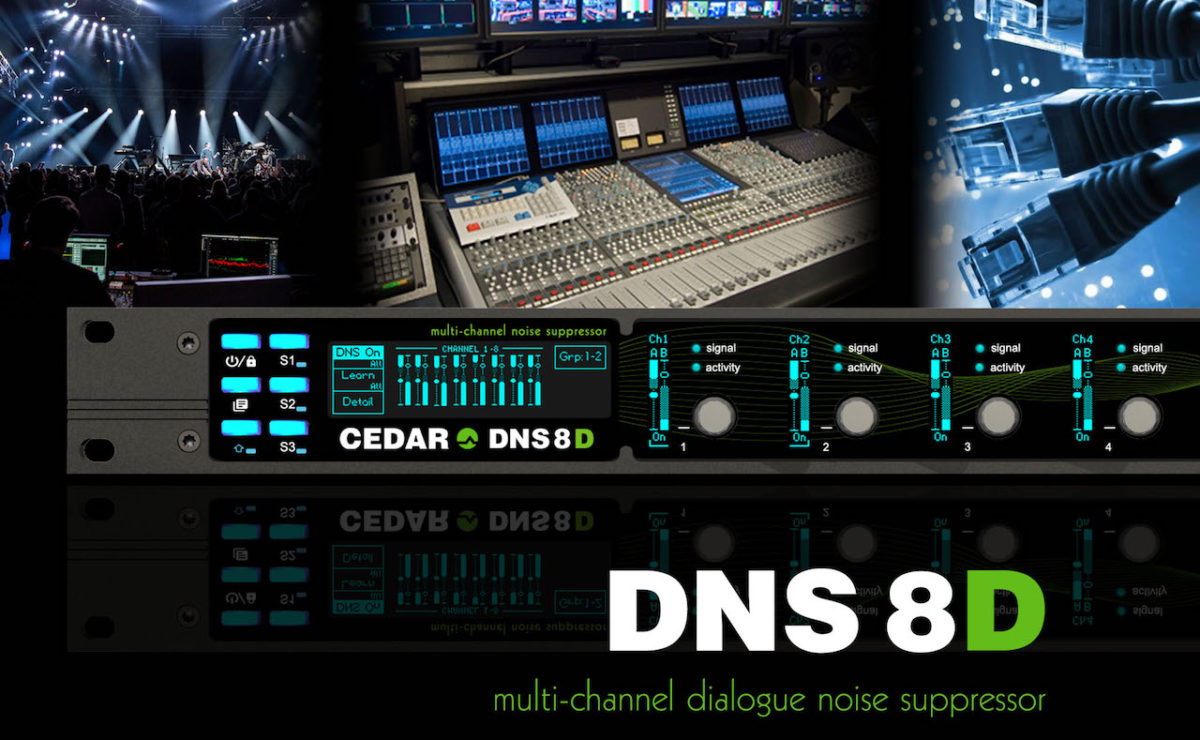 We are delighted to announce the CEDAR DNS 8D – the first CEDAR product with Dante, designed specifically for customers in broadcast and live sound.

More than two years in development, the DNS 8D is an important new 8-channel dialogue noise suppressor that has been requested by broadcasters and other DNS users worldwide. However, it’s not just a DNS 8 Live with modified I/O – we have spent that time developing a new algorithm that marries the best of the machine learning and signal processing on which the DNS 8 Live and the DNS 2 dialogue noise suppressors are based. Offering a slick user interface that includes standard and detailed modes of operation, it provides better control than any previous dialogue noise suppressor, both from the front panel and from almost any web browser that can access its internal remote control software. And, with its near-zero latency and standard 4-pin 12VDC input in addition to universal mains power, it’s suitable for use in all live situations – not just broadcasting, but also for live sound in venues such as theatres, concert halls, conferences venues, and places of worship.

Dante is the de-facto standard for media networking, distributing uncompressed, multi-channel digital audio via standard Ethernet networks with near-zero latency and perfect synchronisation, so the DNS 8D incorporates a Dante interface in addition to its AES3 audio connections (DB25 using the AES59 pin-out). With fail-safe AES3 audio bypass implemented in the form of hardware relays plus support for Dante’s redundant mode of operation, it can be installed with confidence in critical paths anywhere within the audio chain.